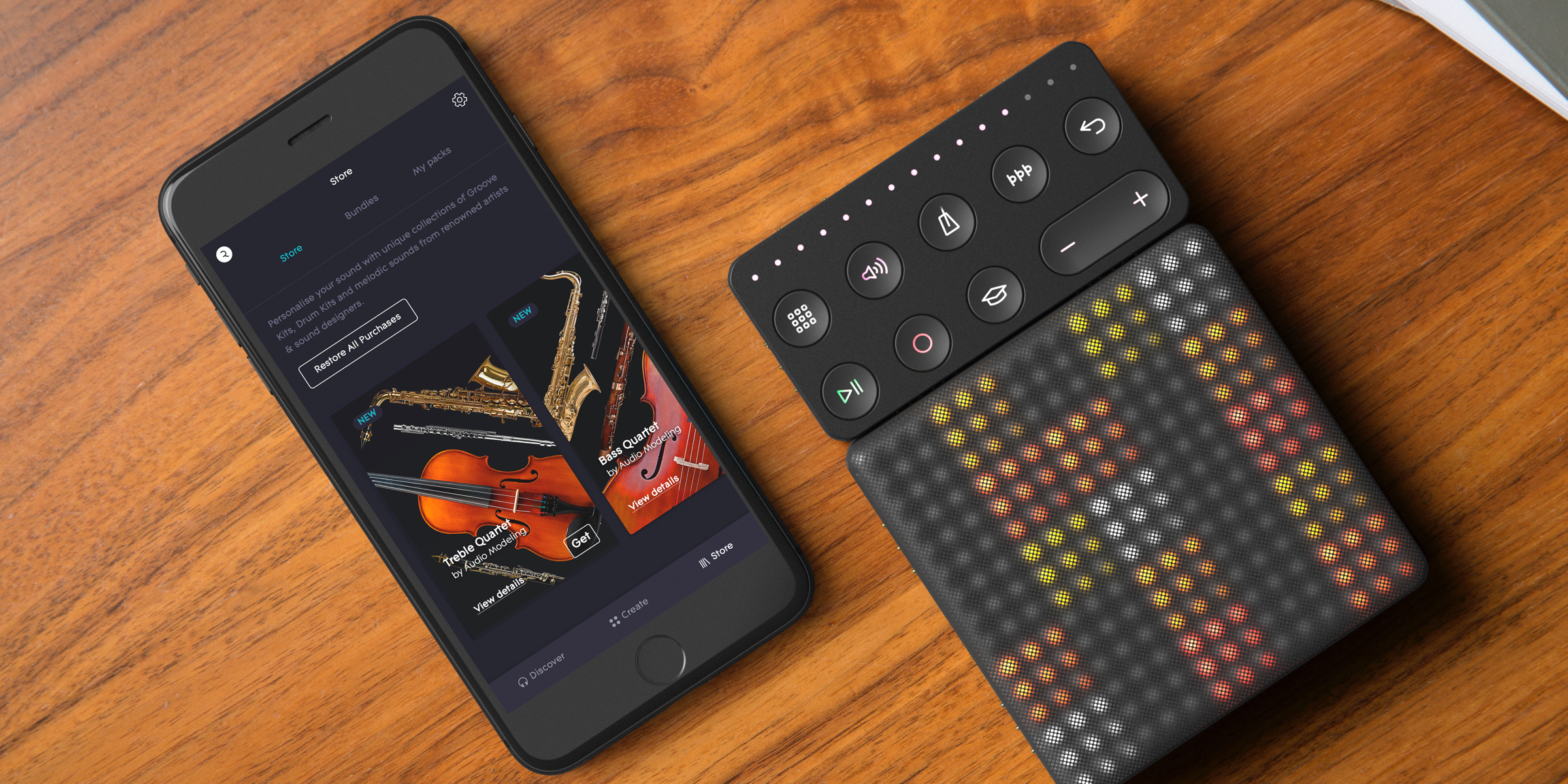 Two SWAM soundpacks are now available to download in the NOISE Soundpack Store.

Close your eyes and you hear the flutter of breath through a flute, the resinous scrape of a bow on a violin string, or the slightly off-key slide of a saxophone. The acoustic sounds are incredibly real. It’s like you’re sitting in the front row of a concert. But they’re not coming from anything made of wood, wire, or brass.

What you’re hearing are virtual instruments created with the SWAM engine, which is the most advanced technology in the world for recreating the full expressivity of acoustic sound. SWAM instruments are now available in NOISE and BLOCKS, so you can draw a bow across a string simply by pressing a finger into the surface of a Lightpad Block.

A former producer of pop and jazz music for Italian television, Stefano made the shift to sound engineering after working on a project to model a Stradivarius violin through synthesis. He then developed his own idea about a new approach to acoustic sound modelling. He knew he needed a virtual instrument developer to help him, so he typed in “developer VST” to Google. The first hit was Lele — a web developer and VST maker who lived nearby. This was the beginning of the Synchronous Wave Acoustic Modeling (SWAM) engine and their company: Audio Modeling.

Both men are musical, yet they have a research and engineering bent. At first, Stefano thought of SWAM as a solution for bringing better instrumental sounds into his music.

“The purpose was always to overcome the limits of traditional sampling technology and find a way to control and modulate all the expression of an instrument from dynamic pitch to behavioral reaction,” he says. “In the beginning it was all about musical needs, but it quickly became all about the technological challenges. Indeed, the irony is that I now spend so much time developing instruments that I don’t have any time to make my music!” 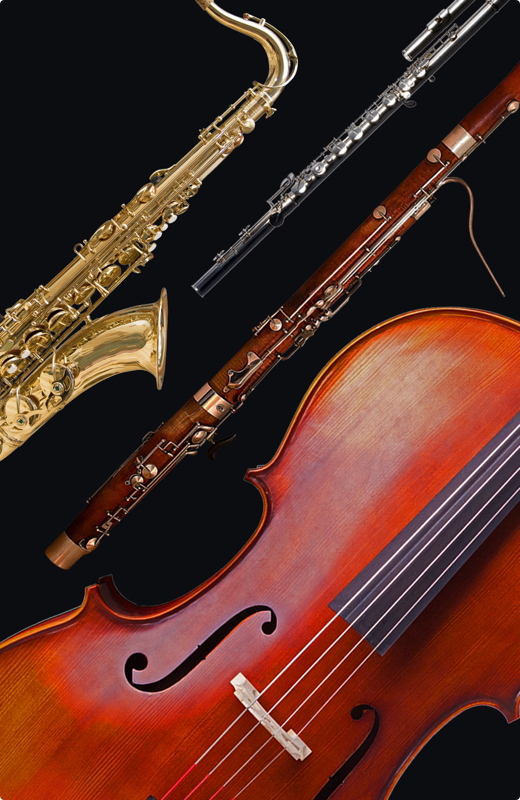 How did they make it possible to simulate acoustic instruments with such precision?

The short answer is that they found a way to blend techniques of sampling — or recordings of acoustic instruments — with more advanced techniques of physical modelling and behavioral modelling. Physical modelling aims to create an avatar of an acoustic instrument, reproducing all of the instrument’s mechanical dynamics such as the resonance caused by a bow sliding on a string with a certain degree of force. Behavioral modeling aims to reproduce the human behavioral side of musical performance — all of the imperfect yet exquisite variations of finger movement and breath that bring music to life. The SWAM engine, for example, has a behavioral modelling algorithm for reed instruments that minutely simulates the interplay between breath and pitch.

Stefano and Lele spent years studying acoustic instruments. The best way, Stefano says, is to observe YouTube videos of beginners. Their performances often sound terrible. But they expose the naked dynamics of the instrument. “Beginners can’t compensate for the instrument reacting in a natural, spontaneous way,” he says. “You hear all the scratches and overtones; everything’s out of tune. This is an excellent way to understand the physics.”

“With a flute, there’s really only one reaction that matters: the energy of input in the exciter,” Stefano says. “From this single reaction comes crescendos, vibratos, diminuendos. One reaction creates so many different articulations. We didn’t study these articulations independently per instrument. Rather, we studied the macro mechanism of the instrument. We found that there are many commonalities in the function of the instruments to react. You find similar dynamics of overtone in flutes, saxophones, strings because of similar reactions in these instruments.” 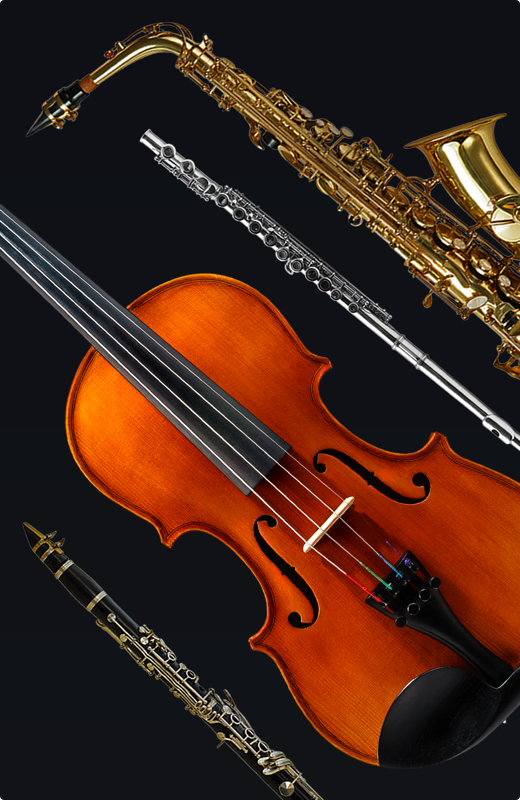 Finding these hidden commonalities helped Stefano and Lele create over 15 deeply detailed virtual acoustic instruments in only a few years. Their work together started in 2009. They released their first virtual instrument — a soprano sax — in 2011. They’re nowhere near finished.

“We want to complete a full set of instruments typical of an orchestra,” they say. “We want to develop ethnic instruments and also focus on research and development of ensembles. We’d also like to apply our technology to experimental and electronic sounds.”

SWAM instruments are cutting edge in their virtual virtuosity. Hardware controllers like MIDI keyboards, however, are not always able to unleash the full expressivity of SWAM sound. The arrival of the Seaboard Block, Lightpad Block, and other multidimensionally expressive hardware controllers excited Stefano and Lele for this reason. These controllers’ dynamics of touch create an intuitive connection with the sonic dynamics of their instruments.

“The Seaboard, the Lightpad Block, or the Linnstrument all have an undeniable advantage of being able to adapt to any instrument category and to control that instrument with a single finger in a multi-vector, expressive way,” they say.

The most powerful technologies are those that — like the Google search engine that brought Lele and Stefano together — work as if by magic. The rarefied technology of the SWAM engine may now be finding the companion controllers that reveal the engine’s magic: the magic of touching your finger to a flat surface and hearing your breath through a flute.

In this call-and-response video from 2015, a SWAM saxophone preset is performed on the Seaboard GRAND by Marco Parisi alongside a real sax, played by YolanDa Brown.

Conduct your own quartet of strings and woodwind

Preview Treble Quartet and Bass Quartet by Audio Modeling, as well as many more soundpacks from world-class artists and ROLI sound designers:

Extraordinarily realistic acoustic sounds spring to life at the touch of a finger with Treble Quartet. Powered by the SWAM engine this pack contains a physically modelled violin, flute, alto sax, and clarinet sounds from the masters at Audio Modeling.