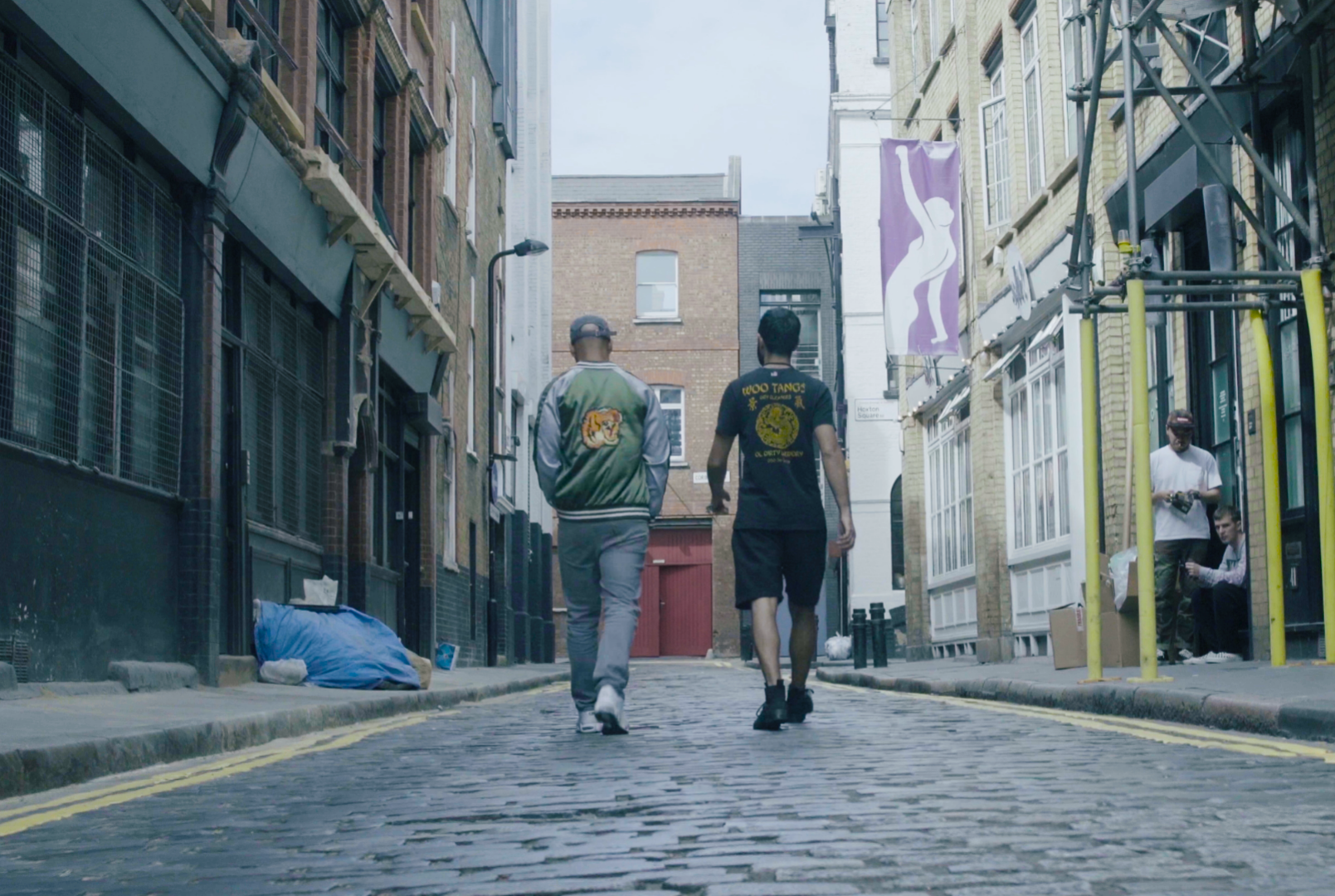 The diverse cultures of London were essential in forming Rudimental's sound.

Not many bands make you want to move your feet like Rudimental.

When four friends Piers Agget, Amir Amor, Kesi Dryden and DJ Locksmith got together to create a unique blend of dance music, live instrumentation and soulful vocals, something special happened. “I don’t care if it sounds cheesy, but when we’re creating in a room together there’s a magic to it,” says Amir. Listen to Rudimental’s uplifting sound — which you now hear everywhere in the world from Top 40 radio to Spotify playlists — and it’s hard to disagree.

An electronic heart pumps through their music, yet Rudimental emphasize that they are a band in the traditional sense. All four members play instruments, both on-stage and in the studio. And it’s through jamming together as a band that they find the collective voice that becomes their songs. “We just play around and throw ideas out there, until one sticks,” says Amir. “One or two of us might have the original idea that we build upon. But it’s not a Rudimental song unless all four brains have touched the track.”

The four friends all grew up near each other in East and central London, where a profusion of cultures announces itself in music as much as language or food. “Diversity and different cultures are essential to our sound,” says Kesi Drydon. “Growing up I had a Jamaican neighbour who played reggae music, a teenager upstairs who blasted out garage, and an Irish family listening to folk next door. Piers and Locksmith lived a few doors down from each other in Hackney, and I lived just around the corner”.

Soul gets to the core of what we want our music to achieve: we want to move your feet and your heart at the same time

Rudimental have never had a lead vocalist, because they prefer to keep their sound “really fluid,” says Amir. They collaborate with a mix of vocalists — household names and grassroots talent. “It’s a palette we can reach upon to add different textures to our music.” Once they develop a vocal part, they reach out to singers they think would be a good fit.

The rotating cast of vocalists mean that “every song has its own story,” says Kesi. Ed Sheeran co-created “Bloodstream” in the studio with Rudimental, while “Feel The Love” — the band’s first UK number one single — catapulted a then-unknown John Newman to pop stardom. “We found John performing in a local pub,” recalls Kesi. “We thought his voice was so amazing that we brought him in to be on the track.”

The Rudimental movement began on UK pirate radio, where the quartet became known for hard-to-categorize DJ sets. Home (2013), their Mercury-nominated first album, was a celebration of the world of sounds they encountered in London. Their second album We The Generation (2015) was even more international because it was recorded largely on the road during an international tour. 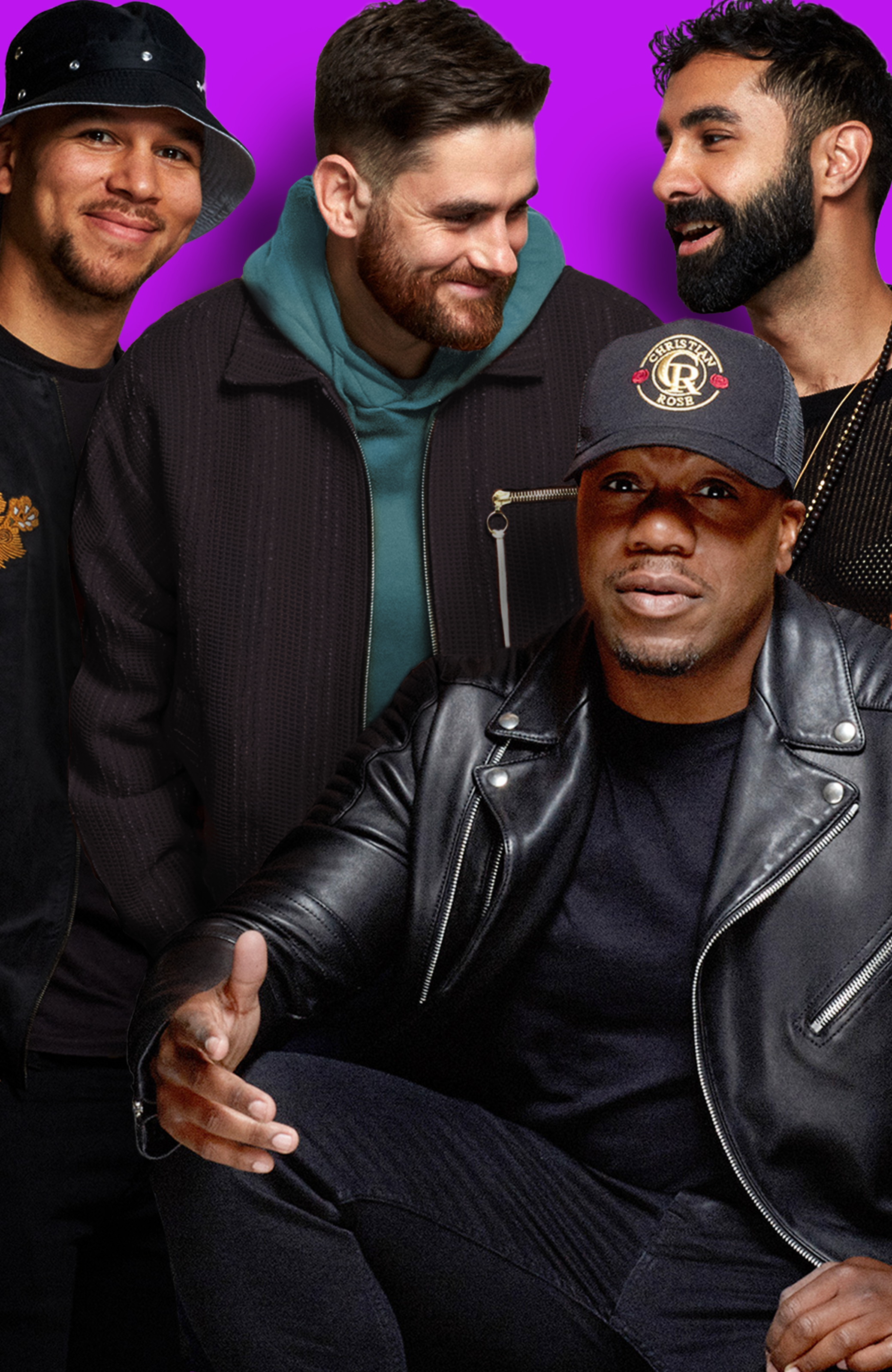 “Our new album, which is coming out early next year, is a homecoming,” says Amir. “We’ve been living in London again for a while after years of touring. We’re going back to our roots. Some of our most refined and best songs are on this album — and it’s still recognisably Rudimental.”

Soul Wave, the new soundpack for BLOCKS and NOISE, captures the defining sounds of Rudimental past and present. The squelchy electronic bass and uplifting synth chords on instruments like Amir Dub Wub and Rumour Mill Drum Kit will be instantly recognisable to fans of the band. The Never Let You Go Drum Kit for instance, features synths, drums, Foy Vance vocals and sweaty brass sounds from the song “Never Let You Go” — sounds originally recorded on a broken down tour bus in the Arizona desert. Other Soul Wave sounds are “a preview into the future sound of Rudimental,” says Amir, because they feature in the band’s upcoming album.

Why did Rudimental call their soundpack Soul Wave? “Rudimental songs have always featured soulful vocals,” says Amir. “But soul also gets to the core of what we want our music to achieve: we want to move your feet and your heart at the same time.”

A wave ripples outward from its source. Soul Wave by Rudimental is now a source of the band’s signature sound. The soundpack is spreading out and calling for people to reinterpret, renew, and remix — just as Rudimental did for the world of sounds that washed over them.

Soul Wave by Rudimental is available for $6.99 (€6.99, £6.99) in the Soundpack Store of NOISE — the free music-making app that powers BLOCKS. Preview the sounds of Rudimental’s exclusive soundpack below, along with many more soundpacks available in NOISE.

Preview Rudimental's soundpack and many more from world-class artists and ROLI sound designers:

Spanning pop, drum & bass, soul and electronica, this pack from the London-based superstars Rudimental is as diverse as their sound. Growly sub basses mix with expressive pop plucks and bespoke drumkits. Put your own touch on sounds that you'll recognize from Rudimental's biggest hits.