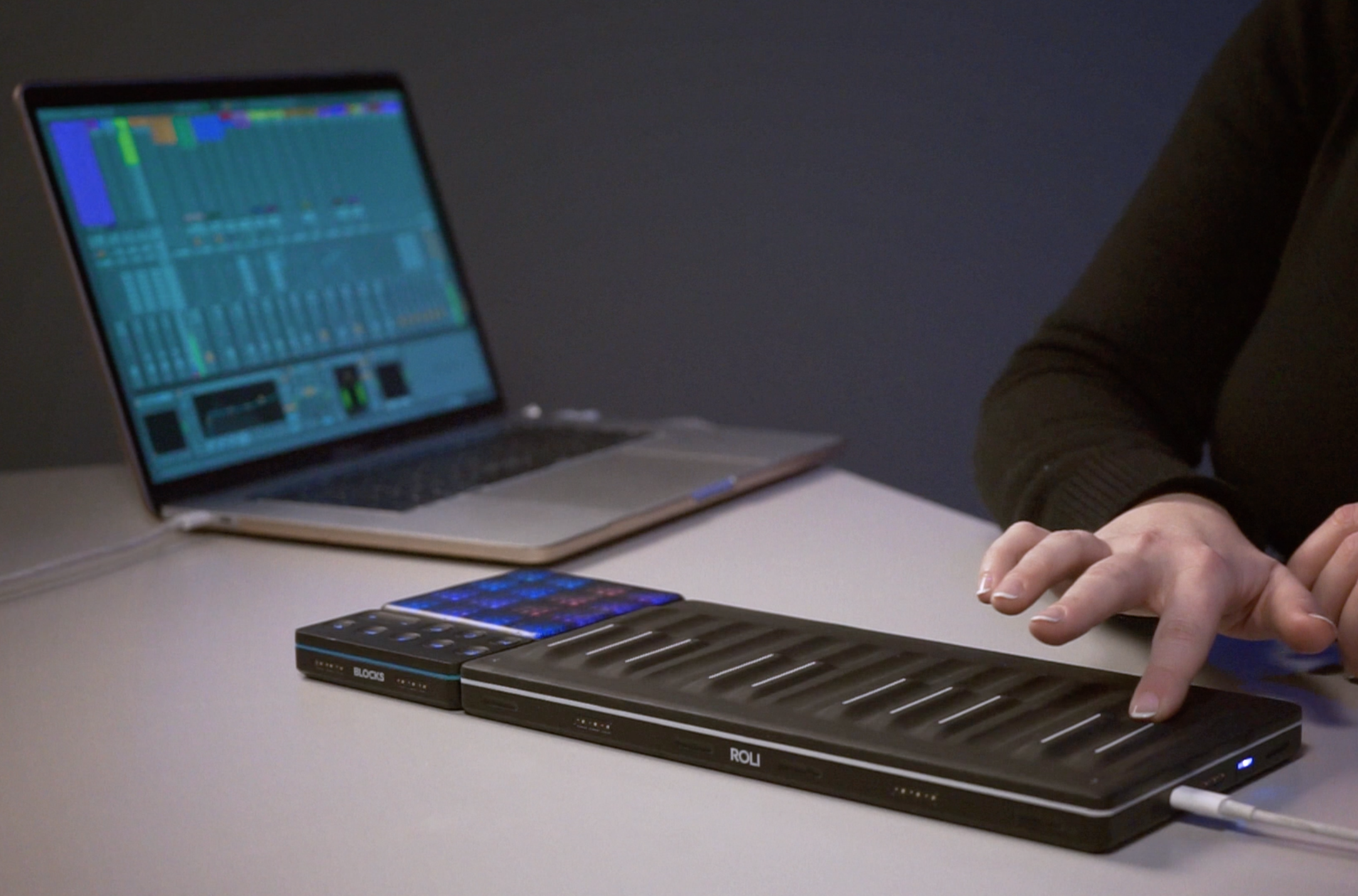 Dawn was created in Ableton Live with the Songmaker Kit.

When singer-songwriter and educator Erin Barra shared the inspiration behind her new song, we didn’t know what to expect. But after a Soundhive Session with her in Brooklyn, we came away amazed — not only at the story behind "Dawn", but also at the Songmaker Kit-based setup she used to create it.

Erin inhabits every corner of the music tech world. She’s an associate professor at Berklee College of Music, has led courses for ROLI and Ableton, and contributes to publications like MusicTech. As the leader of Beats by Girlz, she’s a vocal advocate for women in the field of electronic music production.

Erin’s songs are shimmering gems built with elements of pop, neo-soul and electronica. "Dawn" is altogether darker. “Every song starts with a compelling concept. Recently I’ve been reading Dawn, a sci-fi novel by Octavia Butler, so I decided to build my track around that idea.”

Dawn is the story of a woman who wakes up in a strange environment with horrific nightmares. She discovers she's been captured by aliens, who have rescued her from a disaster on Earth. 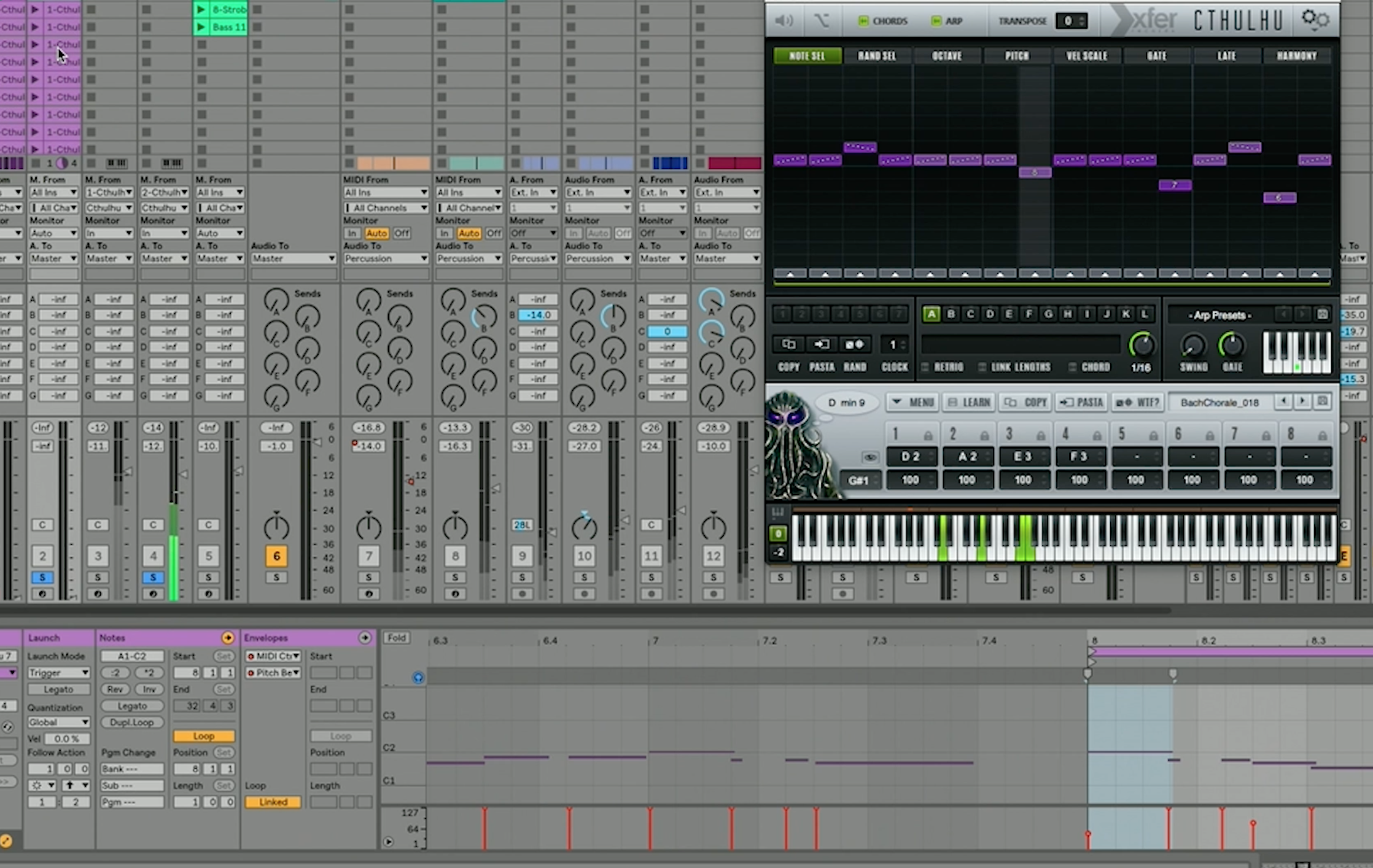 Erin Barra used Cthulhu alongside a collection of other plug-ins to refine her track.

To capture the book's eerie mood, Erin searched for an unusual sound. “I was part of a music group where ten people sat in a circle, murmuring noises in time with their heartbeats.” After adding filters and delay, this organic recording became the song's foundation.

“For the percussion I wanted to mimic the sound of humans banging sticks on the ground. I finger-drummed on the Lightpad Block surface, striking at different speeds and without quantizing the beats, so the final result had a more human feel.” Next she needed a bass. “I was just messing around with a Strobe2 patch and the Songmaker Kit. I posted the result on Instagram and everyone started responding with fire emojis! So I knew I had to use it.”

Erin edited her vocals with Revoice Pro 4, which let her quickly map the pitch and rhythm of her vocal recording onto the rest of her track. Other plug-ins Erin used in the session include Cthulhu for evolving chords progressions and Brauer Motion for the spacey, sweeping stereo effect. In her ROLI Soundhive Sessions film, Erin shows how she integrates multiple plug-ins with a setup centred on the Songmaker Kit and Ableton Live.

The setup is fairly complex, but to her it was a simple and intuitive way to get her musical idea out.

“There’s a whole lot of software in 'Dawn’, but other than my laptop it was all just me and the Songmaker Kit. It was a really fun experiment to create a song just using this stuff! BLOCKS and MPE technology is one of the easiest ways to be as musically expressive as possible.”

Listen to the full track:

ROLI Soundhive Sessions is our series that explores exciting projects ROLI artists are working on right now. Explore the rest of the series below:

Go to our stories page to see more