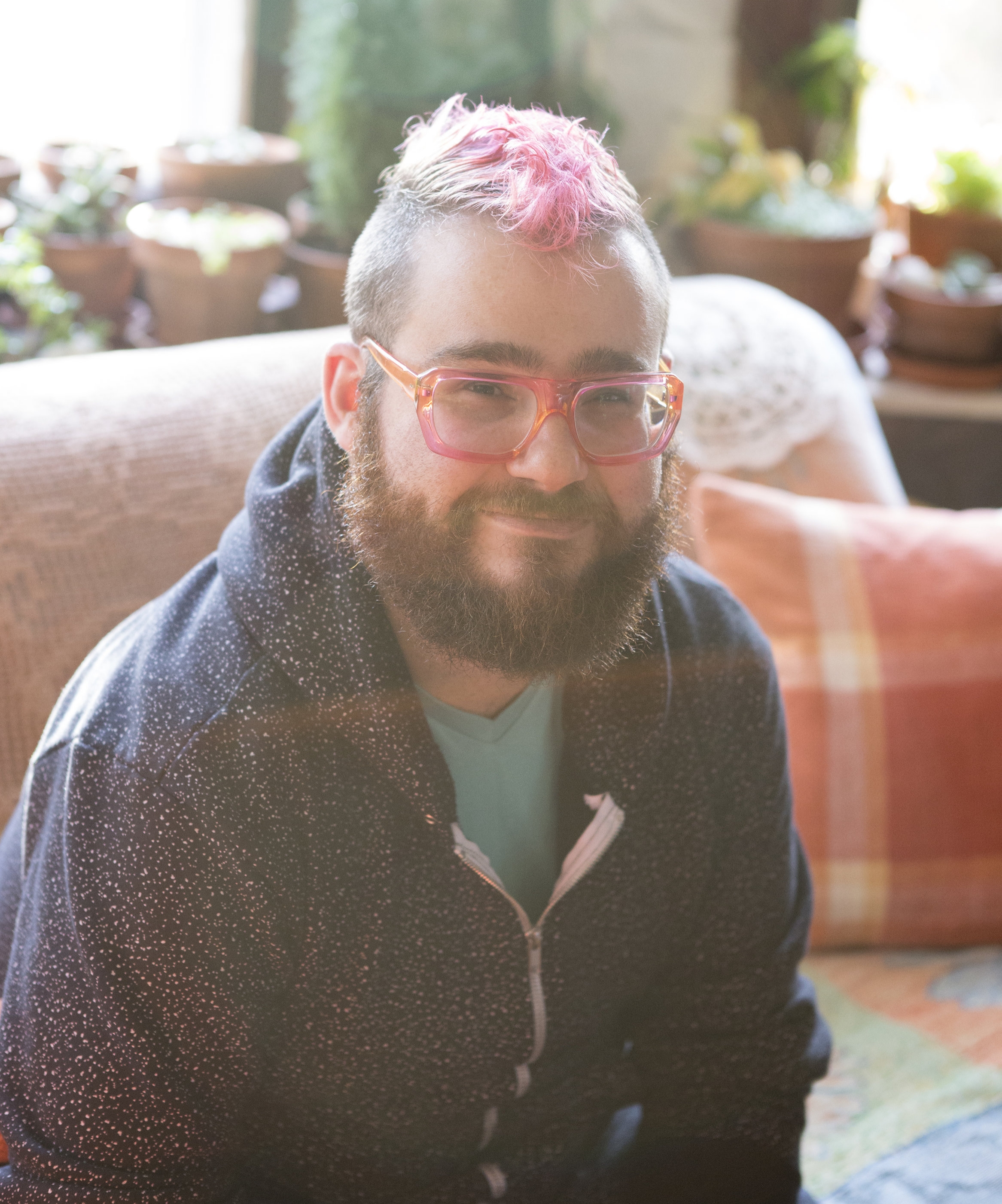 Percussionist Martin Urbach teaches music at Harvest Collegiate High School in New York City. Martin is a music educator, musician and activist committed to promoting social justice through music making. Since immigrating from Bolivia in 2000 he has shared his love of music with thousands of students in the US — teaching world drumming, music technology, and general music in elementary, middle and high schools. We spoke with Martin to learn how he used BLOCKS to teach students with autism and other learning disabilities at The Spectrum School in New York.

How did you become a music educator?

When I was studying at the University of New Orleans, I started teaching group drum lessons to kids in the neighborhood on Saturday mornings. That sparked my interest in connecting music with my community. Music for me has always been about creating bridges. When I moved to New York from New Orleans because of Hurricane Katrina, I began teaching music for babies and their caregivers. Then I went to graduate school at the Manhattan School of Music, where I dove deep into education. One teaching thing led to another one. When it didn’t, I searched for more!

What are the pillars of your educational philosophy?

How do musicians become the voice of their people? What is the role of the musician in a culture? Those questions have guided my practice as a musician and music educator. Teaching music with social consciousness engages youth in the classroom and also gives them a voice outside their classroom. Everything that we do in the classroom should be aimed at highlighting and strengthening the communities we’re a part of.

When I teach I also focus on the fact that everyone is an individual and must be taught in the ways that reach them. We can adapt the material in an equitable way: everyone gets what they need, as much as they need of it, and when they need it.

You brought BLOCKS into the classroom at P94M The Spectrum School, which teaches students with special needs including students on the autism spectrum. Tell us about what they did with BLOCKS.

I used Lightpad Blocks mainly as an adaptive technology to encourage my students to perform. I wanted to find an instrument for my students with physical disabilities to play along their peers and bandmates. Some of my students’ disabilities prevent them from holding instruments like a guitar or a keyboard, so the Lightpad Blocks came in super handy (pun intended!), and they were able to perform in the rock bands along to their classmates. Students worked on musical skills such as improvisation, riff memorization and even composition. Students worked a lot on musical expression through the 5D touch on Lightpad Blocks. Some even got to learn how to play two different musical parts on two Lightpad Blocks at the same time!

The Lightpad Block is one of the greatest inventions for teaching music to folks on the autism spectrum.

The students at The Spectrum School are brilliant. And they’re incredibly musical! They loved BLOCKS! In my opinion, the Lightpad Block is one of the greatest inventions for teaching music to folks on the autism spectrum. Pushing the surface material feels good to the students. It provides a great deal of proprioceptive input and feedback. They are stimulated by it and challenged by it, but not in a way that overstimulates them. The lights also provide visual and cognitive support for some of them, as well as making the instrument visually appealing.

In this video a student uses NOISE Groove Kits to work towards creating their own beats. The student’s task was to identify sounds they liked, and make a roadmap for where the sounds are stored.

Live beat-making can be an incredible way of fostering community in the classroom.

What will you be teaching at Harvest Collegiate High School this year?

I’ll be teaching a drumming course called Liberation Drum Circles. We’ll study drum ensemble music from the African diaspora and then compose music that aims to change the world through social justice. I’ll also be starting a live beat production club at the school. This will feature the Lightpad Blocks and instruments designed for Makey Makey. The club will be a place for students to workshop their beat making skills, using technology that is easily accessible.

How do you think technology affects music education?

Technology has the power to propel education and the power to stall it. It all depends on how one uses it. I love using technology in my classes as a tool for providing individualized instruction. Technology allows me to involve everyone in the room. Sometimes it’s in the form of adaptive technologies like Lightpad Blocks, Makey Makey, and Scratch coding. Or it could be a vocoder for nonverbal students to make a connection between breath and sound. Or it could be iPads and apps for students with physical disabilities to be able to play an instrument they would not be able to otherwise. I also love using technology as a way to push music forward. I love the sounds that come from synthesizers and drum machines and plugins. They help connect the music that’s made in the classroom with music outside in the world. 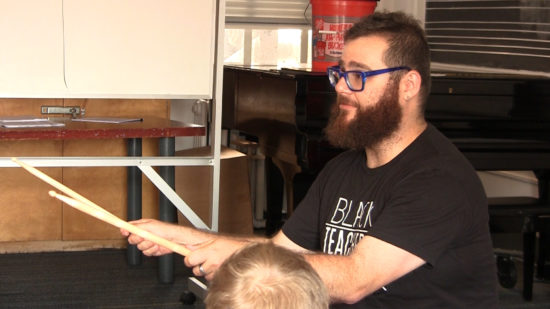 Martin Urbach in the classroom teaching with drums.

1) Let students interact with BLOCKS in whatever ways feel good to them before working on specific skills or pieces. The BLOCKS are most likely different from any surface they’ve interacted with before. In many ways they’re like magic! You touch it, and a light trail appears. Then sound comes out, and different sounds come out depending on how you touch it. Let students marvel and explore before getting to “work.”

2) Isolate one skill at a time, then scaffold them together. First work on tapping a steady rhythm in one, two or three pitches. Then have the students work on five-note melodic riffs. Then introduce scales. Next introduce different dynamics and gestures, and work on the different layers of the 5D Touch. Finally, students can compose their own songs or pieces using traditional or nontraditional notation. My students had a blast coming up with a notation system for 5D touch!

3) Make a Blockestra. Live beat-making can be an incredible way of fostering community in the classroom! Don’t be afraid to have students sit around tables, in small or large ensembles and make music together. They can have a live jam where they create a beat one by one, or they can each perform parts that you as a teacher assign. Last year I arranged Bill Withers’ "Lean On Me" and I had a 12 piece Blockestra perform it with melodies, chords, bass lines, drums, and even a solo.

Martin's students practice the chords for "Lean On Me" by Bill Withers:

Follow Martin on his website, and learn more about his project Liberation Drums here. Watch a preview of one of Martin's solo percussion performances "Mamacocha", inspired by Hurricane Sandy, below: