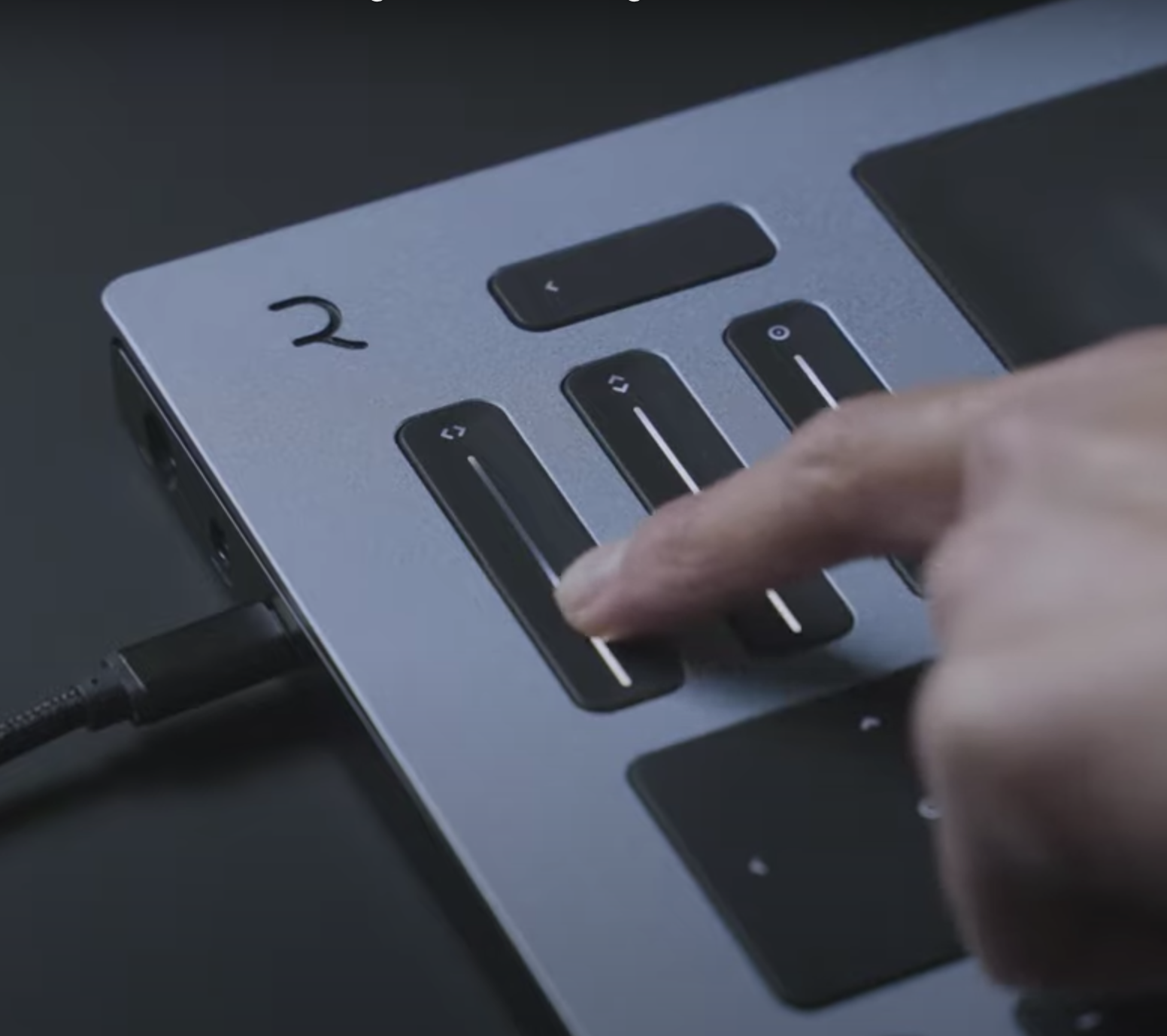 The leftmost RISE 2 Touch Fader controls Glide. Adjust it to toggle Semitone Legato on and off.

Semitone Legato is an inbuilt Seaboard RISE 2 feature that lets you create astonishingly expressive tracks. Toggle it on and off while playing different parts and presets on the Keywave2 surface — and unlock the full potential of an MPE instrument able to master any musical style.

What is Semitone Legato?

Semitone Legato is a RISE 2 setting perfect for playing luscious, fluid leads and shimmering vibrato. In this setting, pitchbend between each note — the Glide Dimension of Touch — is set to maximum. Make sure it's switched on if you're recording a richly expressive or microtonal part, such as a bowed-string instrument melody.

Semitone Legato is on by default when the Glide Fader is set to 100%. You can adjust it on the RISE 2 control panel, or within your included ROLI Dashboard software.

For Seaboard parts where you need plenty of distinct tones and semitones — for instance a melody line with many chromatic notes or a jazzy chord accompaniment — it’s often better not to activate Semitone Legato. As the Glide Dimension of Touch is turned down, each keywave will behave closer to distinct keyboard or piano keys, with less sensitivity to gliding, vibrato gestures.

To turn Semitone Legato off or down, simply adjust the Glide Fader below 100% on the side panel or in ROLI Dashboard. Don’t forget, you can adjust Glide in real time with the side panel Touch Fader — even mid-performance.

Learn how to control sound with the RISE 2 side panel