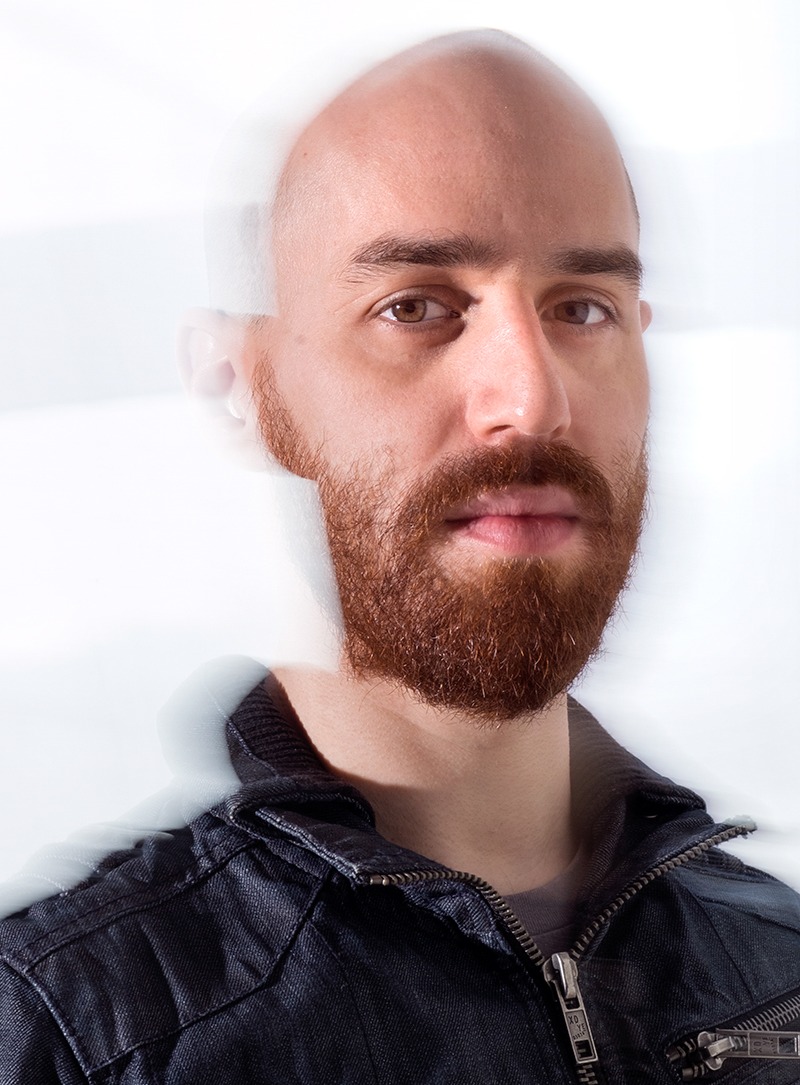 Gil Assayas — better known as GLASYS — has musical talent to spare. The keyboardist, composer and vocalist not only produces his own singular tracks, influenced by classical, jazz and video-game scores, but he's also played alongside diverse and legendary artists including Todd Rundgren and T-Pain.

His spectacular MIDI art has earned him even more fans online. We caught up with GLASYS to learn more about his process, his touring experiences, and how he created his latest track Color Decoded with LUMI Keys Studio Edition.

You’ve toured with some amazing people. Who have you most enjoyed playing with and why?

I’ve enjoyed playing with so many different people! I’m thankful for every gig I’ve had, from small bars to big festivals - there’s always something to learn and new friends to make. One highlight was jamming with T-Pain, who invited me to hang out in the studio after seeing my videos. He’s a great guy and an incredible musician. We ended up collaborating on a project later on.

What has it been like playing with Todd Rundgren?

Todd is a genius and I’m incredibly lucky to be touring with him. Just this year we’ve already spent 4 months on the road together. He’s an amazing artist and producer as well as one of the most intelligent and knowledgeable people I’ve ever met. He’s a constant beacon of inspiration - I’ve learned so much from him and I hope to do many more tours together. 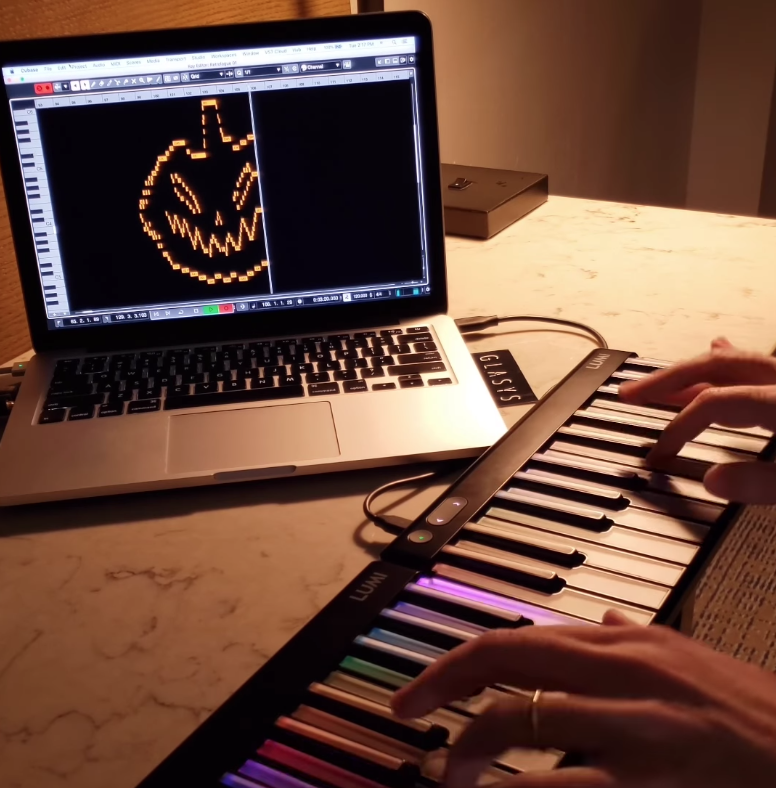 Your live MIDI Art really captures people’s attention. What was the origin of the idea and how do you go about creating one?

It was one of those ideas that was in the back of my mind for years! In 2017 an artist by the name of Savant created some MIDI art that not only looked cool but also sounded very musical. I remember seeing his work and thinking how awesome it would be to perform it live. Other artists such as Andrew Huang were inspired by Savant and created some great MIDI art as well. I wanted to take the concept and combine it with my love for video game pixel art as well as live keyboard performance - that’s how it started.

My approach is to first compose the piece, one phrase at a time. I use the keyboard as much as I can even in the early stages and avoid adding notes with the mouse, because I need to make sure it’s playable. I revise the composition several times till I’m happy with it, memorize it and record a live take.

Why did you include LUMI Keys in these videos?

First of all, I'm on the go a lot and LUMI Keys is the perfect travel keyboard - I can easily fit 4, even 6 octaves in my backpack with lots of room to spare. Secondly, it has slightly thinner keys and my MIDI art often requires big intervals and hand stretches. LUMI Keys makes it possible to perform these live, and it also feels much better than most mini-key controllers. Thirdly, it looks cool and the audience loves watching the keys light up as I play. The comment I probably receive most on these videos is “what’s that keyboard? I NEED IT!” 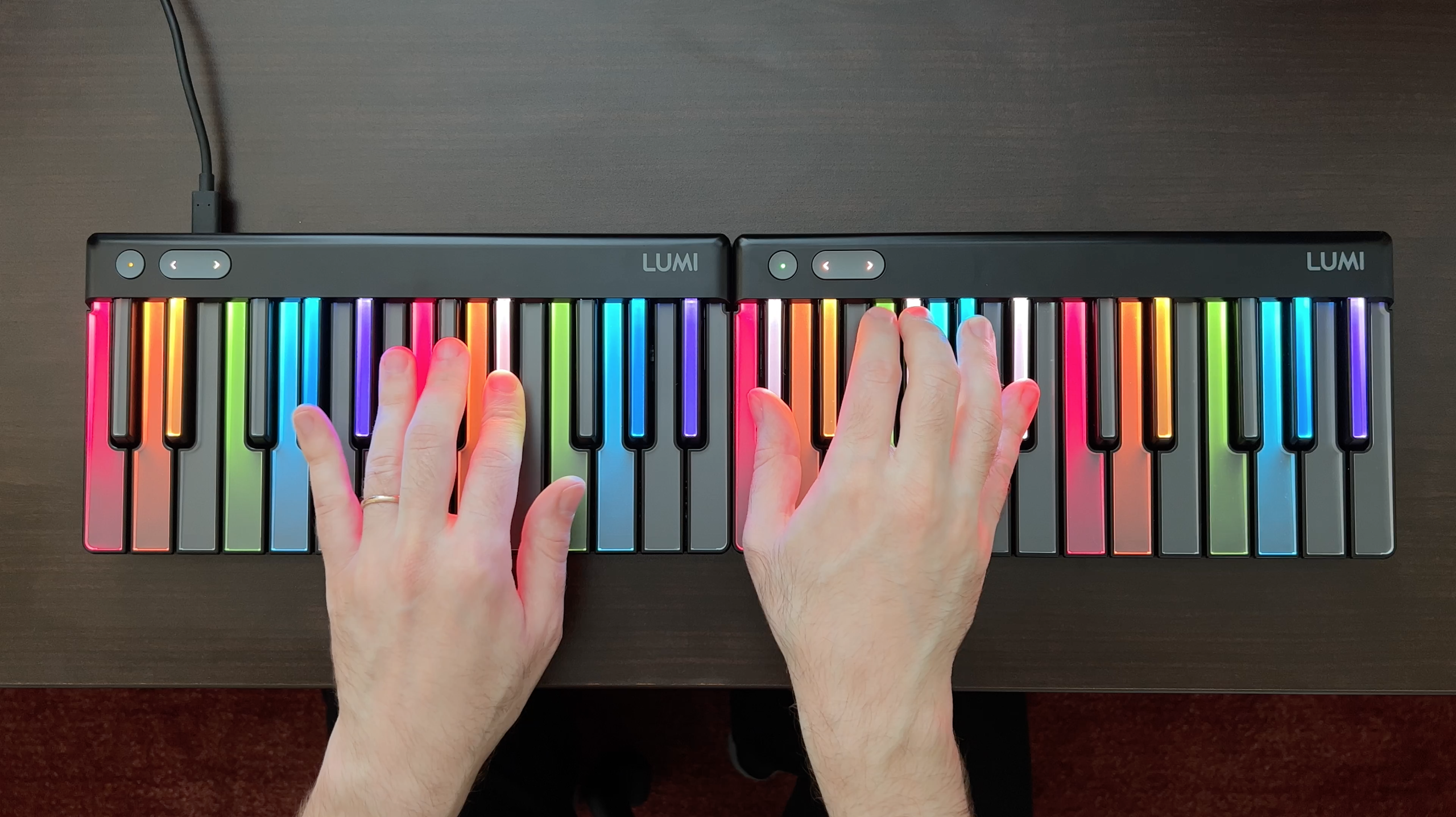 You’ve created a new unique composition for LUMI Keys: Color Decoded. What was the idea behind this track?

I’ve always enjoyed creating with self-imposed limitations - for example, only using one instrument or one synth for the entire track. In this case, I wanted to showcase ROLI’s great software so I limited myself to only ROLI sound libraries: Equator2, ROLI Studio Drums and ROLI Studio Player. I programmed a few of my own sounds and also tweaked a bunch of presets — there’s tons of inspiring sounds in there. As a synth programmer the UI of Equator2 is very intuitive, so I could jump right into sound design.

The track itself is in an odd time signature (⅞) and doesn’t really have a clear melody. I started with a bassline and built the arrangement one layer at a time.

Polyphonic pitch-bend is very cool, I don’t know of any other keyboard that does that. Us pianists and keyboardists have been wiggling our fingers on keys forever, even though it never did anything. But with LUMI Keys it actually works!

Us pianists have been wiggling our fingers on keys forever, even though it never did anything. But with LUMI Keys it actually works!

Do you have any advice to share for musicians hoping to build an online audience?

Figure out what your goals are, that’s the most important first step. For some YouTubers, the goal is to get the most views possible. There’s nothing wrong with that — and if that’s your goal you need to do a lot of research to figure out who your audience is and what they like to watch.

Other creators such as myself are less focused on numbers and more focused on art and expressing ourselves. I only make videos I genuinely want to make, though I do listen to my audience. I experiment a lot to keep things fresh for myself. This helps me stay excited about video creation, but also means I have some videos that do well and others that don’t.

What can we look forward to next from GLASYS?

I’ve been working on an 8-bit album, inspired by the Game Boy games I grew up with. I’ve already released a few singles and I’ll be releasing the album by the end of the year. In addition to that I’m always working on new videos, both short and long form. I’ve got many new ideas I’m excited to share with the community!