It's about reimagining what community means through music

Imagine walking into a strange, otherworldly dome-like structure with eight total strangers. In the center of this futuristic space you find a selection of electronic instruments and controllers. Together, the nine of you are set the task of collaborating to create a unique piece of music. This is the Ouroborium — a “communal instrument” built to connect strangers from all cultures and backgrounds through music-making.

The Ouroborium was the brainchild of Found Sound Nation, a collective of artists including Christopher Marianetti, Jeremy Thal, Elena Moon Park, and Kyla-Rose Smith. First envisaged when TED commissioned the artists to “do something” at their 2017 conference, the Ouroborium is named after the Ouroboros, an ancient symbol of a snake that makes an infinite loop by eating its own tail. In the Ouroborium, Found Sound Nation tries to encourage an infinite loop of musical creation. 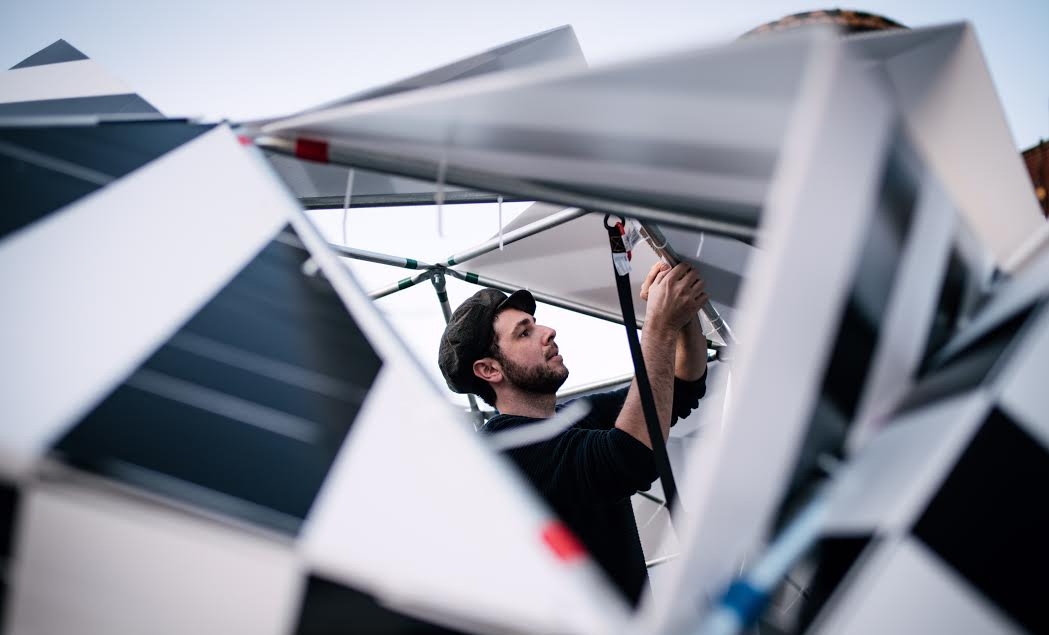 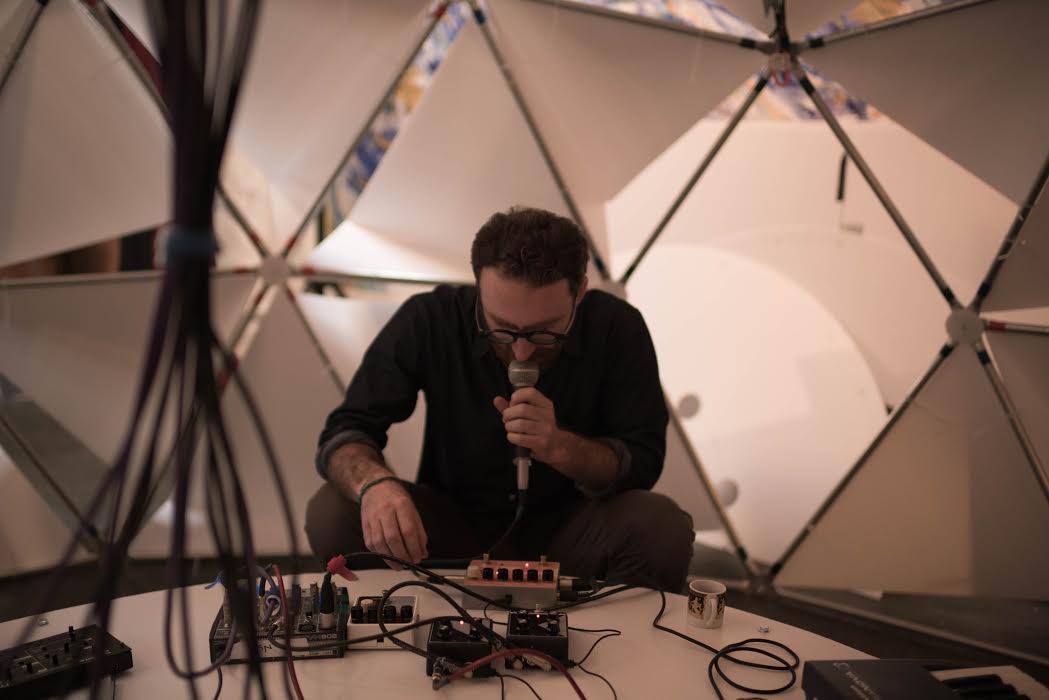 Found Sound Nation's Jeremy Thai sets up the instruments at the center of the Ouroborium.

Inside the dome there are nine stations, chained together in three groups of three. Within each group one person controls the sound source, the second person has the ability to add effects to that sound, and the third is mixing the sound. When these groups come together, the result is nine people co-creating a piece of music through an act of intense musical engagement.

You don’t have to be a musician to be able to use this instrument. Every participant in the Ouroborium has the power to add something to the music regardless of skill — even if you’re just controlling the volume. But this unique nine-person design means that participants have to be committed to listening to one another. As artist Kyla-Rose Smith puts it, to create in the Ouroborium, you’ll have to “leave your ego at the door.”

Kyla-Rose describes the project as “a reaction to the way many people are creating and producing music nowadays. A lot of people are making music in isolation.” The Ouroborium challenges the idea that creation cannot be communal in an age where people are often glued to their individual screens. Instead, under the dome, cutting-edge technology is intended to bring people together rather than isolate them. For Kyla-Rose, the goal is to produce a “collaborative shared experience of composing.”

You don’t have to be a musician to play a role here. You just have to come with open ears and a willingness to collaborate. 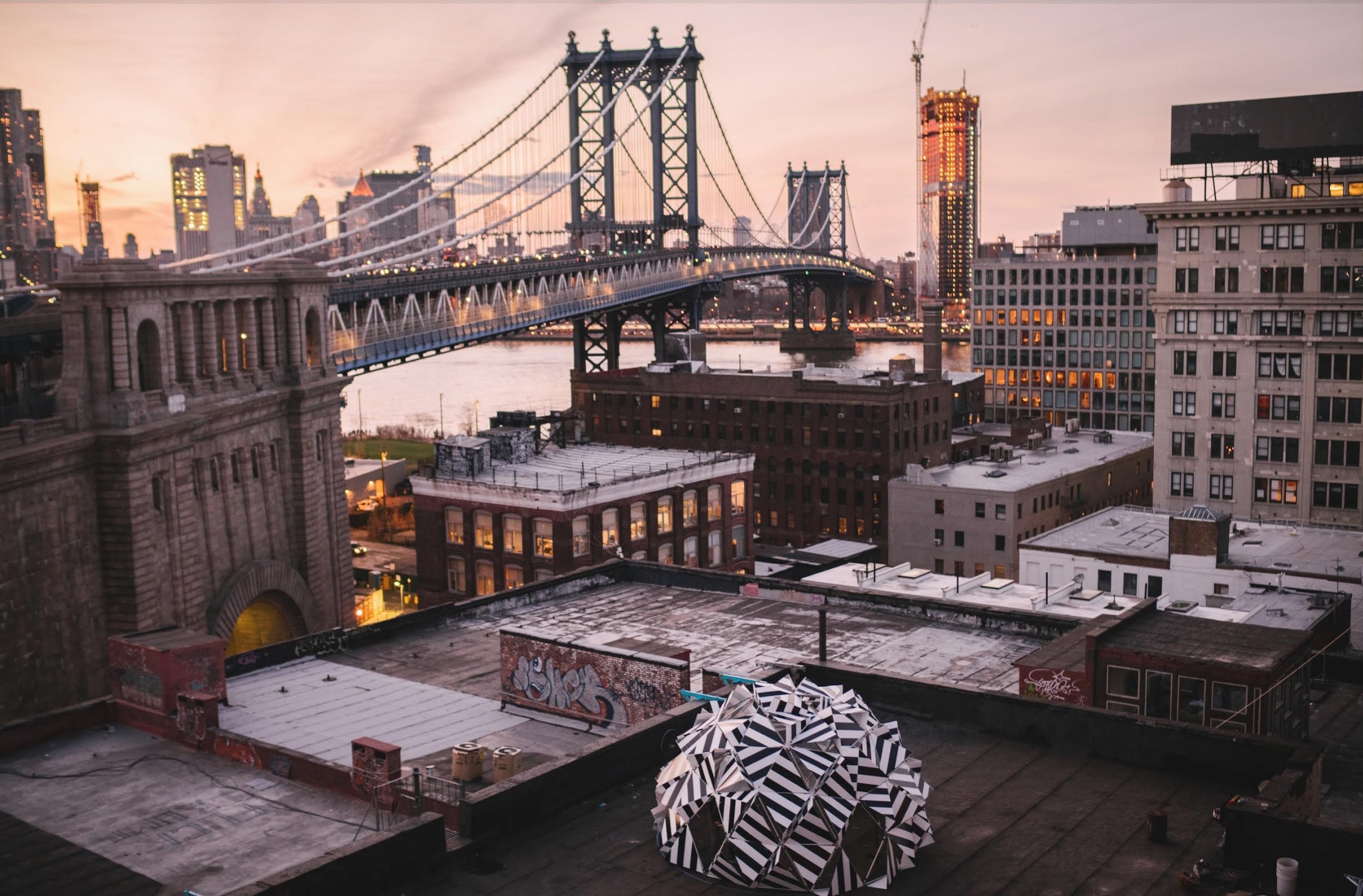 Instruments inside the Ouroborium include Lightpad Blocks and the NOISE app, alongside microphones, keyboards and percussion. The expressive and illuminated surfaces of the Lightpad Block are a harmonious addition to the space — an example of new technology facilitating an intuitive and shareable music-making experience.

Beside these instruments are tools for adding effects, like the Moog Minifooger and Electro Harmonix pedals. And those participants mixing the sounds are given custom-built mixers to control volume, EQ and panning. Under the unique dome of the Ouroborium, being able to control the location of each sound with these mixers adds exciting dimensions to each performance. 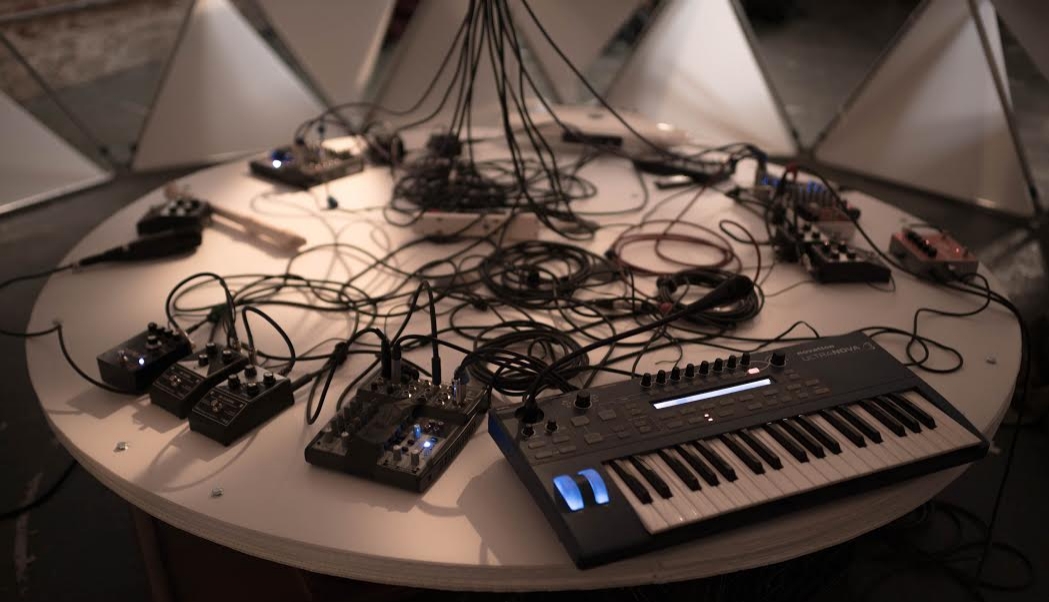 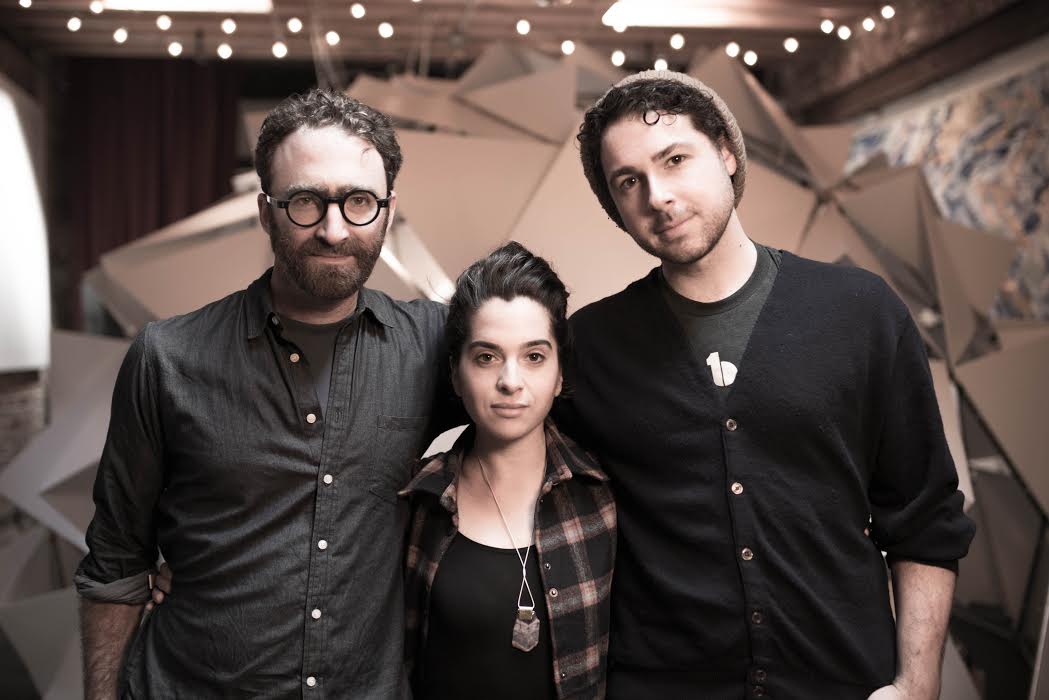 Getting nine strangers to use all these instruments and tools effectively is not immediately easy. Found Sound Nation have been running forty-five minute sessions, with warm-up exercises, under the dome. “The first reaction to the Ouroborium is child-like. They want to press all the buttons” recalls Kyla-Rose. “And those with musical experience want to run the chain and give people instructions. But the more people engage with it, they listen to what else is happening and are more able to fit into the conversation. It’s really a metaphor for how we have productive discussions. We have to leave space for other people to express themselves.”

The Ouroborium has already played host to sessions at TED 2017 and Moogfest, with many members of the public and artists such as Jacob Collier taking part. Each session has been recorded too, with plans to release some of the best creations online. Found Sound Nation are also hoping to take the Ouroborium to more festivals and art installation projects in future — meaning you might just get a chance to play this incredible communal instrument yourself!

Watch this short film and interview with Found Sound Nation co-director Christopher Marianetti to learn more about the inspiration behind the Ouroborium:

Found Sound Nation are a non-profit collective dedicated to using musical collaboration to cross cultural divides. Stay up to date with the latest Ouroborium developments and discover Found Sound Nation’s other collaborative projects on their website.