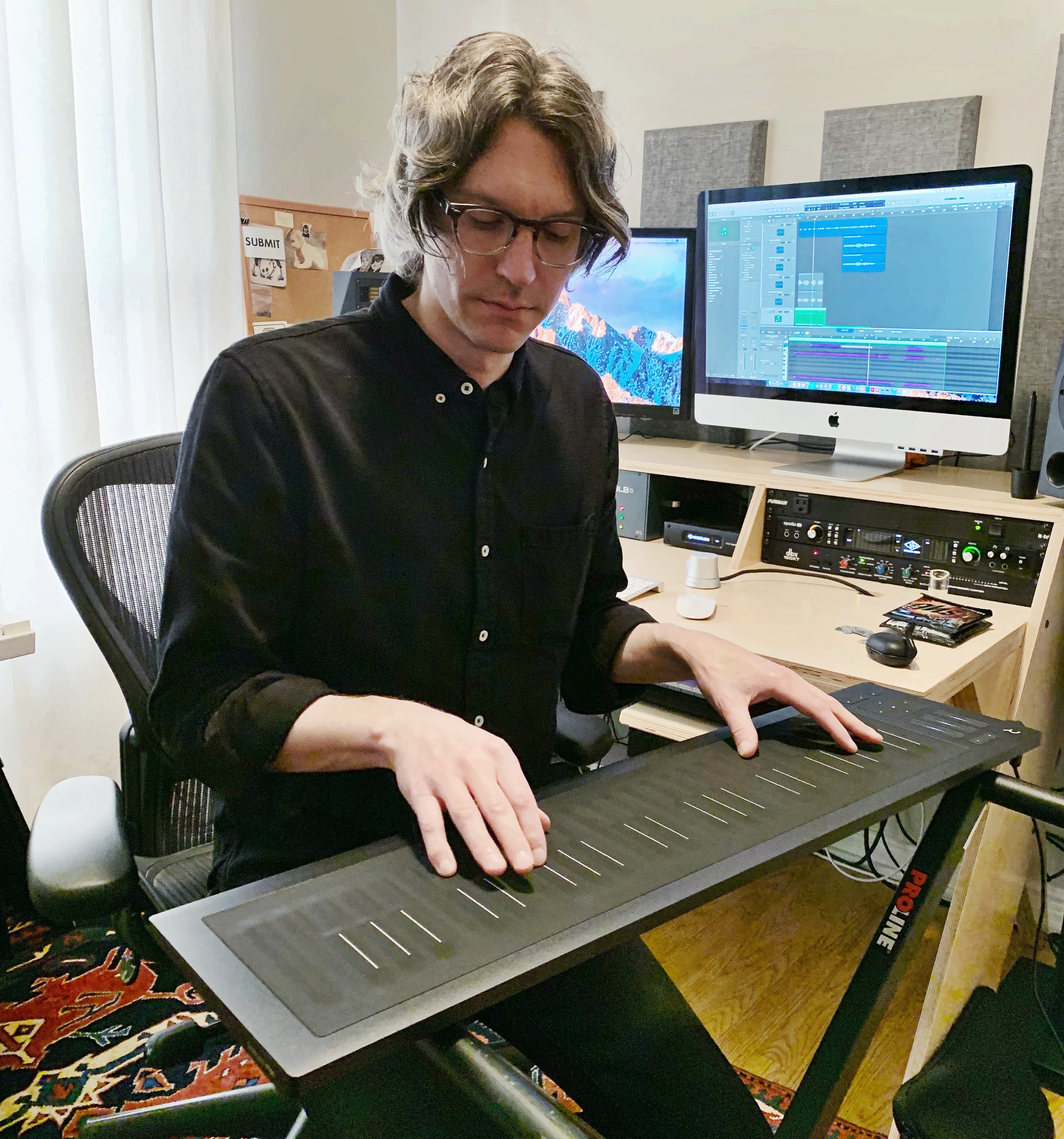 Daniel Davies with the Seaboard RISE 49.

How can something so innocent create something so scary? We couldn’t help shivering when we learnt that the Seaboard RISE was instrumental to the soundtrack for Halloween 2018, this season’s critically acclaimed horror sequel. We talked to Daniel Davies, the composer who worked with John Carpenter to rethink a soundtrack that has entered pop cultural history.

A childhood of horror

Daniel spent much of his youth around John Carpenter and horror films. His father Dave Davies and uncle were founding members of 60s British rock band The Kinks. John Carpenter, the visionary director behind The Thing, They Live and Halloween, was his godfather. Some of Daniel’s earliest memories were watching horror classics with John and his son Cody.

‘Even before I was making my own music I remember loving Wendy Carlos, Vangelis and the Bernard Herrmann scores for classic Hitchcock movies!’ he says.

Years later, when Daniel and Cody were both composers in their own right, they collaborated with John on Anthology — a record of John Carpenter movie themes — and toured the world performing it. Their most recent project has been creating the score for the latest installment in the Halloween series, in which Jamie Lee Curtis’ character returns to face off with slasher Michael Myers one more time. 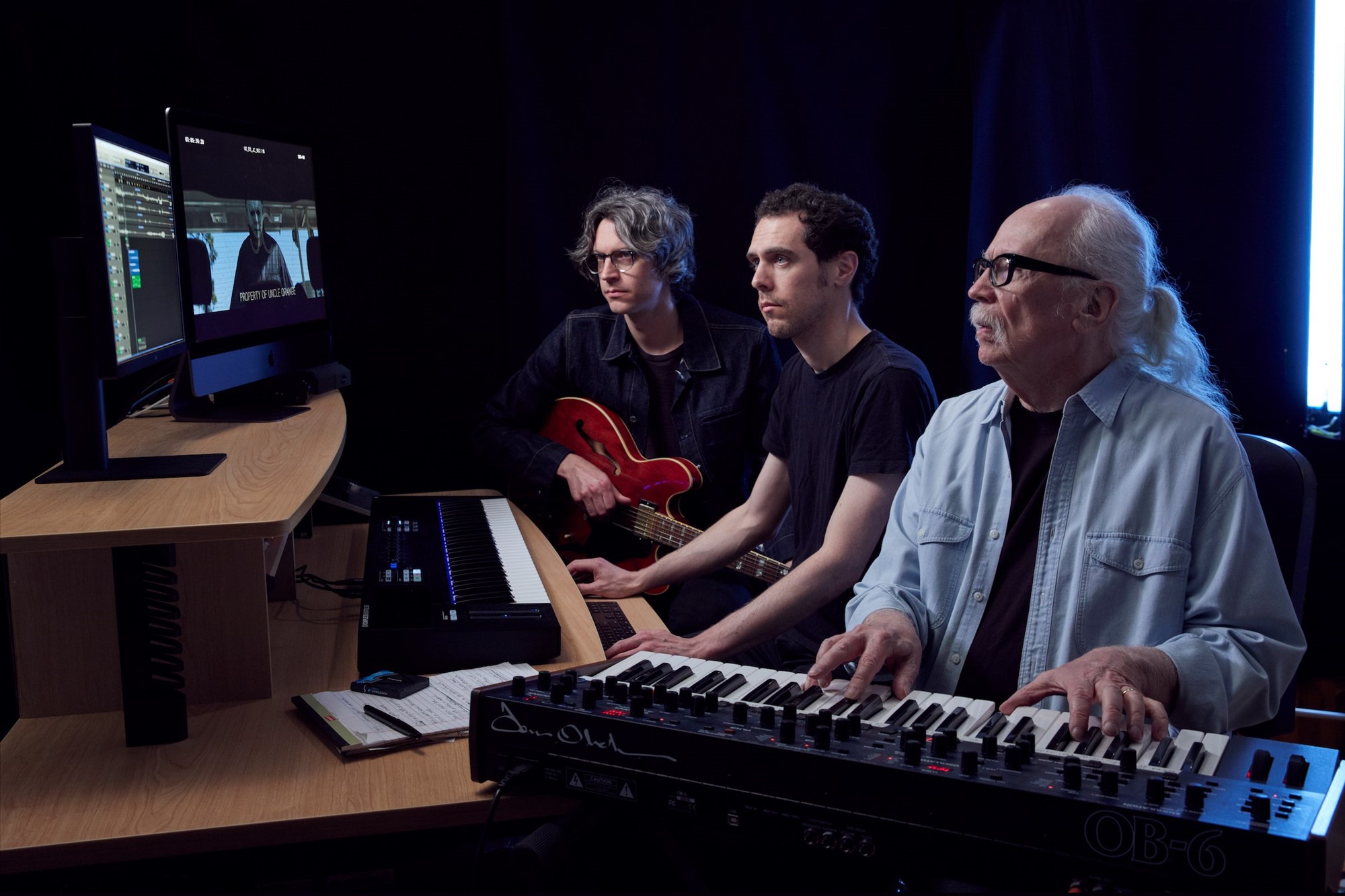 John Carpenter composed his own themes for his own movies, despite having no prior musical training. His riff-driven parts and pioneering use of electronics have inspired generations of film and TV score makers ever since. So when the trio faced the challenge of updating a score as beloved as Halloween, it was more than a little terrifying.

‘We picked out a few themes from the movie, and then we figured out how we wanted to update them while staying true to the original,’ explains Daniel. While the minimal piano motif of the 1978 Halloween theme is ever-present in the new score, the three composers build up even more tension by incorporating eerily expressive strings and techno-inspired beats.

New controllers like the Seaboard RISE helped them update the instrumentation while staying true to the original. ‘The Seaboard makes you write and think differently. You watch the image [from the film] as you play and see if you’re helping the narrative move forward. It's just one great tool we used to help tell the Halloween story.’

Both the 'icier, more gothic and more textured' score — and the film itself — have already received rave reviews.

Alone in the dark

The Seaboard RISE and Equator were also essential ingredients in Daniel’s solo album Events Score (2018), a collection of cinematic soundscapes that paint their own dark and expansive imagery. ‘I used the Seaboard with Omnisphere for many tracks on the album. I also added Equator pads and rhythmic synth patterns, which I slowed down and distorted.’

Hear the hair-raising effect below: 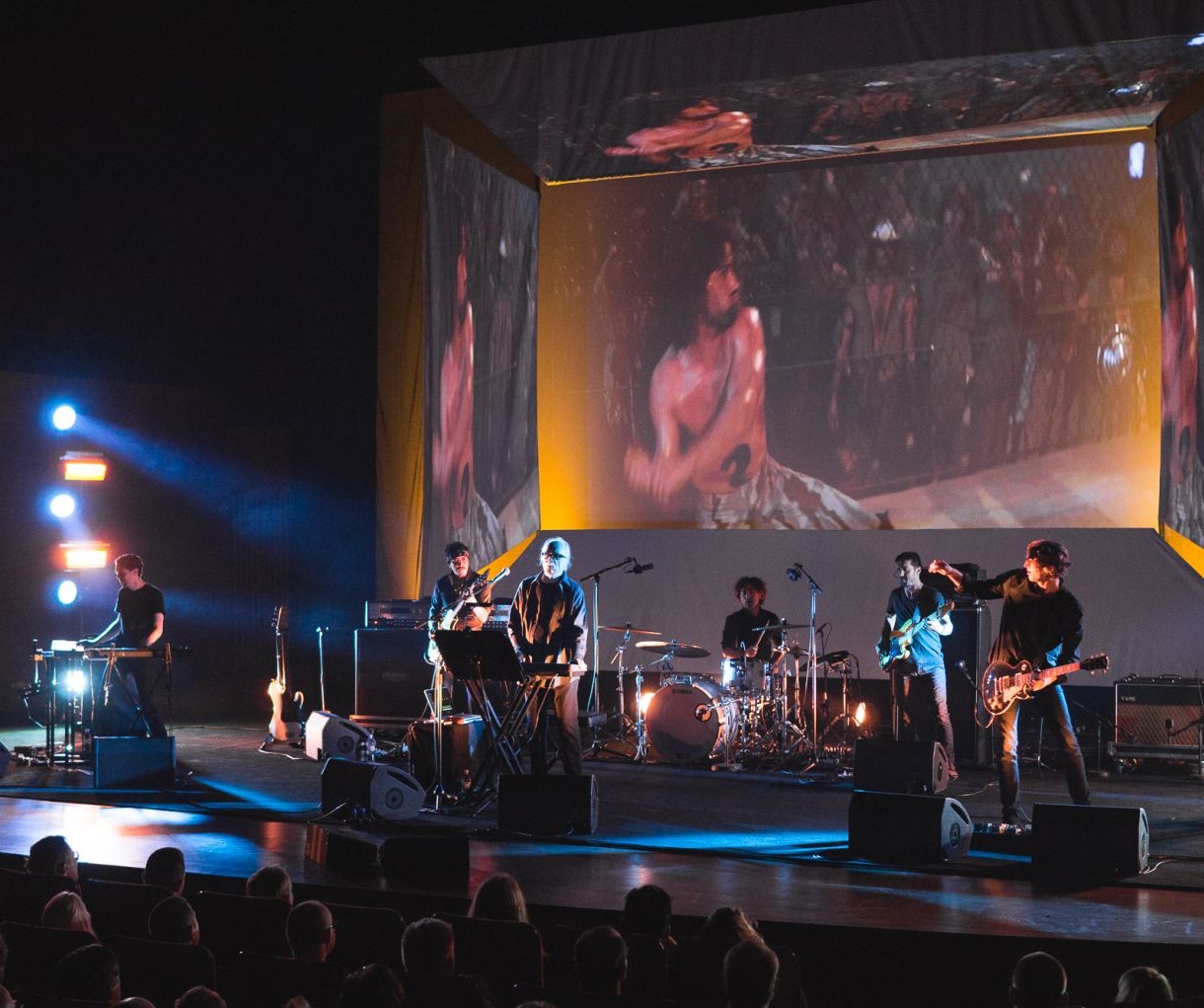 Alongside the Seaboard, Daniel’s studio is also home to analogue synths such as the Moog Grandmother. ‘I like to escape the computer, twiddle knobs. I don’t want things to feel perfect with quantization. It’s important to find a good balance between a computer and a hardware synths.’ On tour his setup expands to include his electric guitar, the Roland System 1, Mopho X4 and an impressive array of effects pedals, from the Echo Park to the Bit Commander.

The power of music to create a mood is seldom more apparent than in horror movies (just try watching a climax scene on mute!). Today's budding horror film composers have a wealth of influential material to draw upon — not least from John Carpenter. They also have more expressive sound libraries and controllers to unleash their creativity.

We asked Daniel his advice for soundtrack composers starting out. ‘You have to discover your own style. Don’t worry too much about the technical side of what you’re doing. It’s all about the sound. Make it your own.’